I use recovering from a broken neck as an example of how to set a life goal to get through crisis or change.

In my last blog, I explained how to make an IMPACT goal Positive even when facing many fears.

It felt important to make the goal Action-focused, even though I spent a lot of time resting in order to heal. 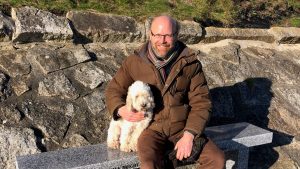 Top of my list of actions was… ironically… rest!

Making my IMPACT Goal action-focused might seem contrary to the advice I received to rest.

Rather than procrastinating by resting, I was recovering and healing.

One activity I could do was walk.

And boy, did I walk!

There’s a promenade near where I live where people congregate to walk by the sea – its flat and easy to walk on.

When I first got out of hospital, I walked slowly and tentatively.

I couldn’t see my feet because of my neck brace.

Gradually as I recovered, I picked up speed.

My dog, Luna, kept me company.

She would get me out three times a day.

I learnt that being mobile is a cornerstone to physical recovery.

It’s almost as though the body lubricates itself through movement.

And the release of endorphins and being out in the fresh air really helped me convalesce.

I decided early on that I would play detective and find as much about getting over my injury as possible.

I wasn’t going to lie back and let it dominate my life – I was going to dominate it!

One thing that recovering from a broken neck gave me was time to contact people.

I contacted medical friends, neurosurgeons, osteopaths, nutritionist, physios – literally any field that I felt could help.

Also, other people who experienced a similar injury, hoping to learn from their experience.

I wanted to recover and to find the best way to do do.

Some wonderful people helped me:

OK, so there’s a theme: many of these people are from rugby, both union and league.

It wasn’t the only sport that I contacted, but I think that rugby is a family – they welcome people in and look after them.

I knew that boredom was a risk.

And if I became bored, then I would become irritable, which is not ideal when I’m stuck at home alone in a neck brace.

The situation would make me want to scream!

By being Action-focused I could alleviate my boredom, because I set myself things to do.

For instance, I explored a new galaxy, working through the whole of the Star Wars saga!

Accepting the situation that I was in and allowing my mind to switch off helped.

I wasn’t allowed to work – my company had a duty of care and wouldn’t let me – so I accepted this and entered a kind of comatose state.

I accepted that what would be would be and that I would face the world once I was out of my neck brace.

In my next blog, I will share the how my IMPACT Goal was “Challenging”. 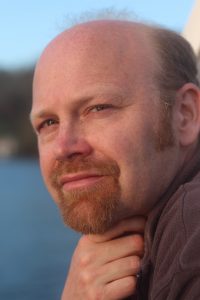